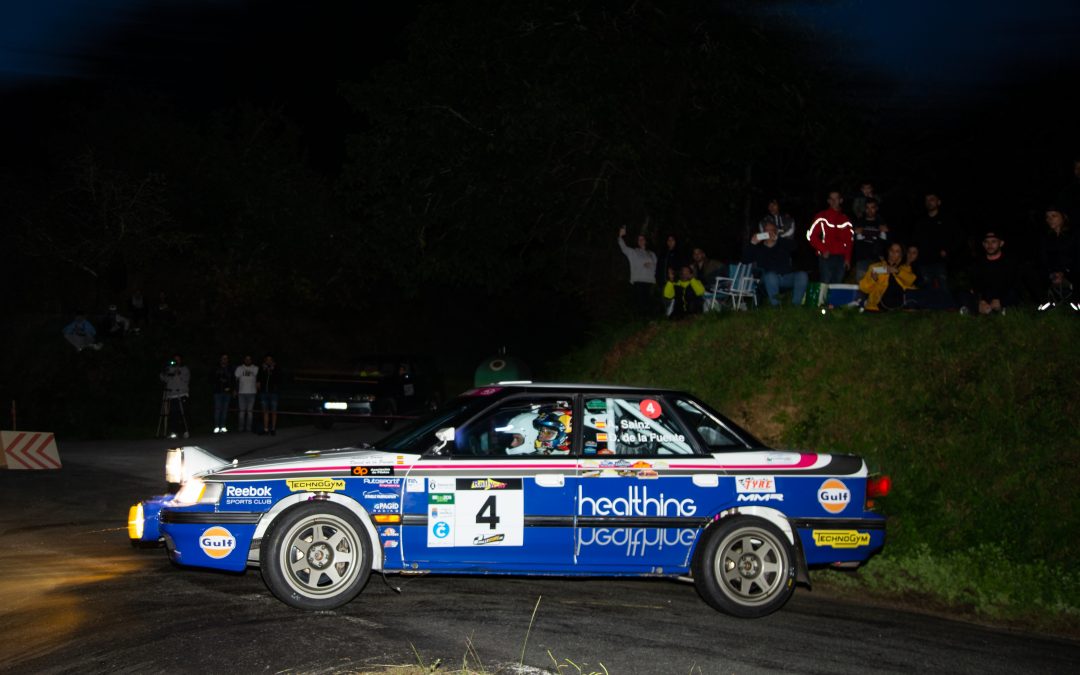 After a regrouping in Irixoa and a half-hour service at Polígono de Piadela in Betanzos, the fight against the clock continued in this eighth edition of the Rallye Rías Historical registrations. In the repetition of the first section, Doroña, nothing changed compared to what was seen in the early afternoon. Jesús Ferreiro once again set the best time in the combined classification of Pre81+Pre90 and increased the cushion of seconds compared to the second classified. But the joy was to be short-lived for the driver from Melide, who on the second run through Monfero suffered a mechanical problem in the Ford Escort MKII and had to say goodbye to the test.

Francisco López, with Ford Escort MKI, started in Monfero in second position but was unable to take advantage of the situation to move up to first position. Quite the contrary, he saw his rival stopped, lost his focus, lost several seconds and witnessed how Antonio Sainz went from closing the podium to being the leader of the last round of the Championship of Rally Spain for historic vehicles 2022. Just over eleven seconds separate the two ahead of the second day of competition.

In third position, overcoming the forty-second barrier, Miguel Otegui goes to sleep, and he still has options to become Pre90 Champion just like the aforementioned Antonio Sainz and Rafa Díaz, currently sixth and in charge of opening the track in this first stage of the Rías Altas Histórico Rally with BMW 325 .

In the middle, Juan R. Costoya is fourth dealing with flu symptoms at the wheel of the Ford Sierra Cosworth, and Enrique Vázquez is fifth demonstrating, once again, a great pace with his Opel Kadett.

Completing the group of ten best classified in the combined classification of Pre81+Pre90 Joan Riberas, already proclaimed Champion of Pre81 with his Porsche 911 SC, Emilio Vázquez, adapting to driving his Peugeot 205, Lorenzo C. Padilla or Manel L. Castrillón, reconnecting with the competition after a year in dry dock.

In Youngtimers, after a great performance in the Monfero rerun, the driver from Ferrol Fernando Rico occupies the first position with his BMW M3 with such only two seconds ahead of Manuel Senra and the Peugeot 306 Kit Car, second ahead of Víctor Senra and the Ford Focus WRC, that would roll in the lead were it not for a penalty.

Two outstanding participants in this category are no longer in the race, as was the case of Ángel Pérez “Lanchiñas”, forced to retire due to a clutch problem in the Citroën Saxo Kit Car , and David García “Campolongo”, who can’t say goodbye to bad luck.

In Classic Javier Pintor (BMW 325) leads the classification with more than fifteen seconds of margin against Adrián Rodríguez (BMW 325), second, and things are much clearer at the RALLYCAR Festival, which is led by “Gelo” Sánchez (Peugeot 206 S1600) with practically four minutes difference.

The second and final stage of the Rías Altas Histórico Rally will start at 10:00 am with the departure of the first vehicle from the vicinity of the Parque del Pasatiempo in Betanzos. From then on, the participants will face each other twice with Irixoa and Aranga, which means that there are still 50 timed kilometers to go before the end of the race at the Plaza de María Pita from the city of A Coruña, scheduled for 3:30 p.m.