In this page for the moment you can see the stages of the year 2019.

You can see the sections of the rallye through Google Earth: Rallye Rias Altas 2019 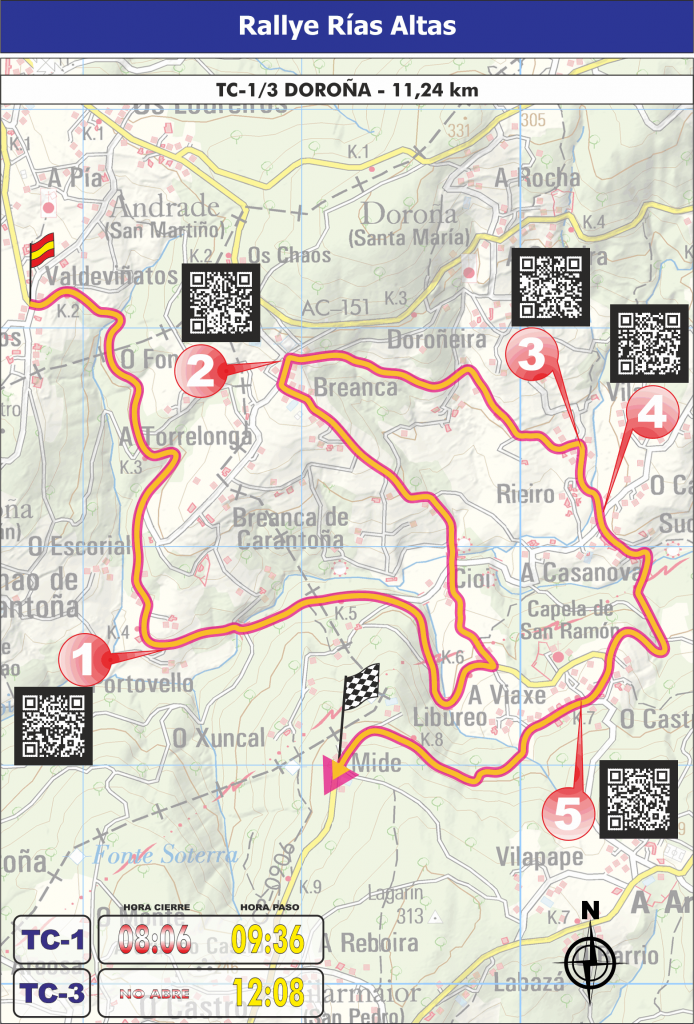 Doroña is a stage with a lot of history, as much in the Rallye of Ferrol as in the Rallye of Coruña. The exit will be practically in the same original place, in the road DP-0906 a little more ahead of the College of Campolongo. The goal is also located in the original place of years ago. It is a stage with an initial and final part on the same road with good firm although slippery and quite fast. In its middle part the road is much narrower and winding but also with good asphalt. The laundry area once again may be the one that attracts more fans. 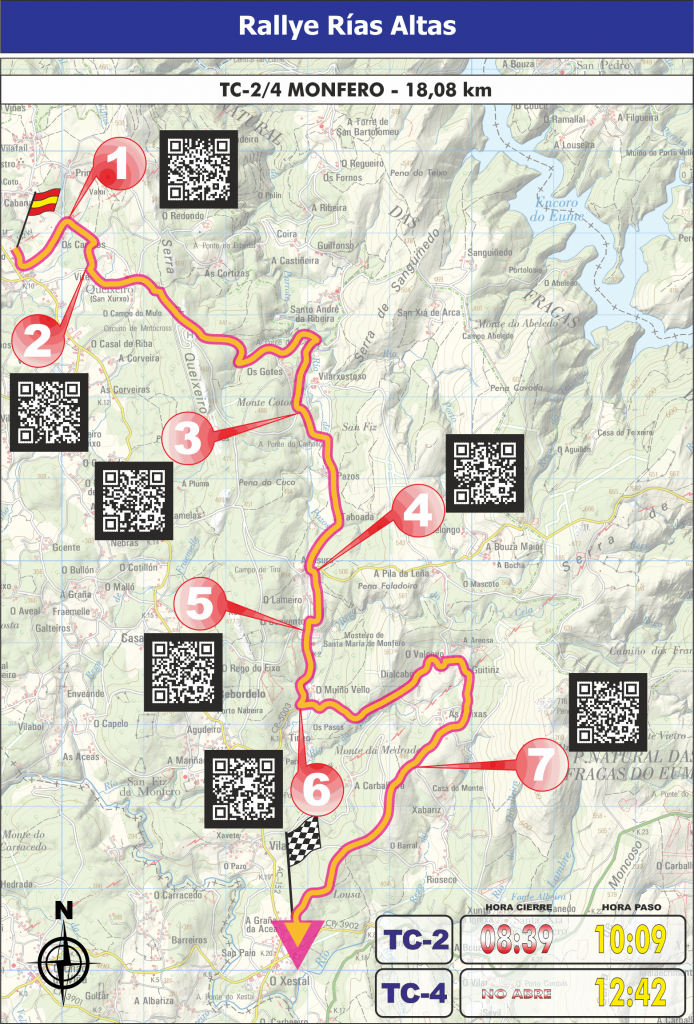 Monfero, like Doroña, is a very recognized stage as much in the Rallye of Coruña as in the Rallye of Ferrol. In fact it is a current stage because it is continued in this last one. For this occasion it has resorted to one of its older versions, with a more linear layout without so many crosses and with a floor in excellent condition. The initial part begins with a dizzying descent that leads to link with the DP-5003 road for which most of it passes. The final zone is also a fast zone but with a narrow track with no margin for error. The Monastery area will be the preferred area for fans once again. 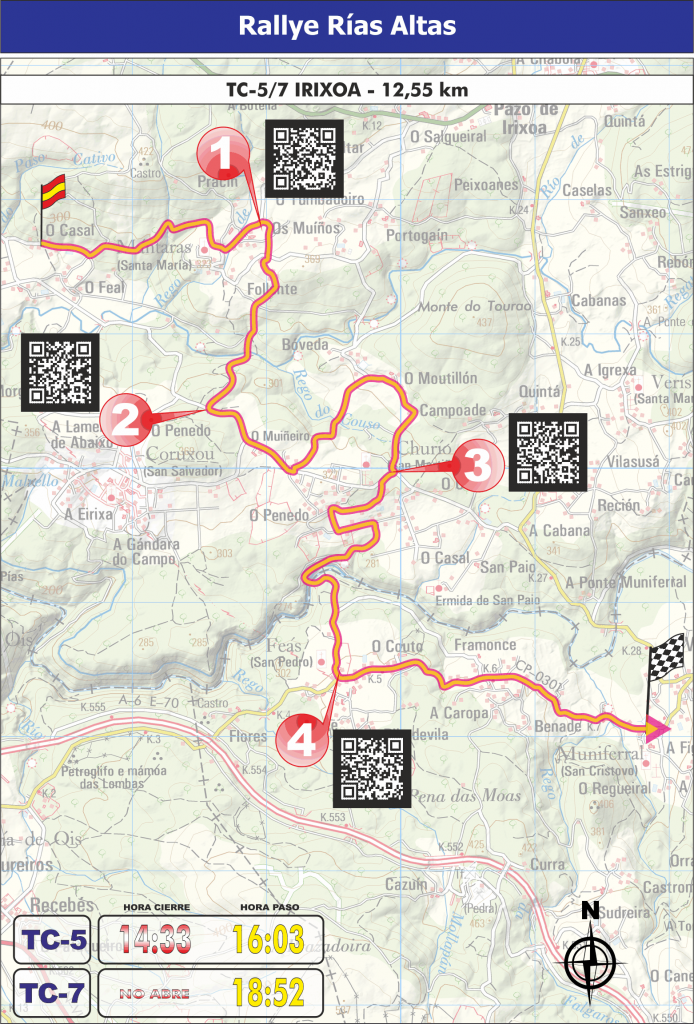 Irixoa is a stage that joins two old routes of the Rallye de Coruña. The first part was used in a section of 1987 in the Rallye Tecam A Coruña. Now it is an area with good asphalt and fast up to the Church of Mántaras. From here begins the new part, mostly narrow and very technical. The final part of the stage is again made of smooth, wide and fast asphalt, which was also a stage in the mid-80s, although in the opposite direction. 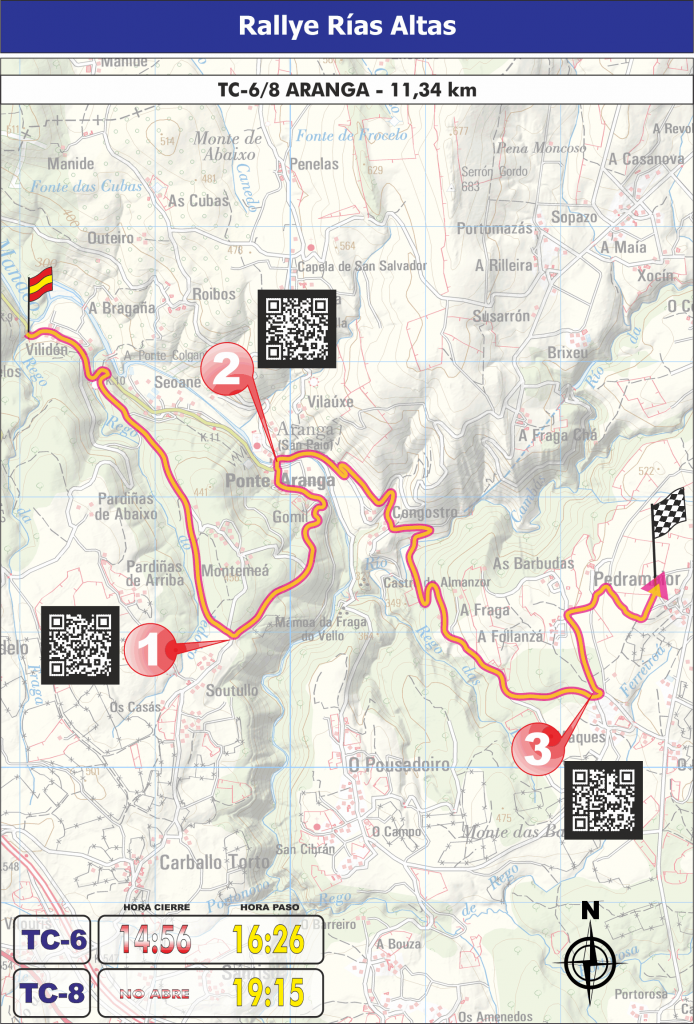 Aranga de maintains almost identical to the last editions of the Rallye de Coruña. Only the beginning of stage, scarcely 1 km, that now is a very wide and smooth road has changed. The rest of the stage combines strong ups and downs with narrower and more complicated areas. The bridge of Aranga will be one of the unavoidable appointments for the good fans, although its access has to approach before the hour of closing of the stage.

You can download the maps in .pdf format, in this link: STAGES